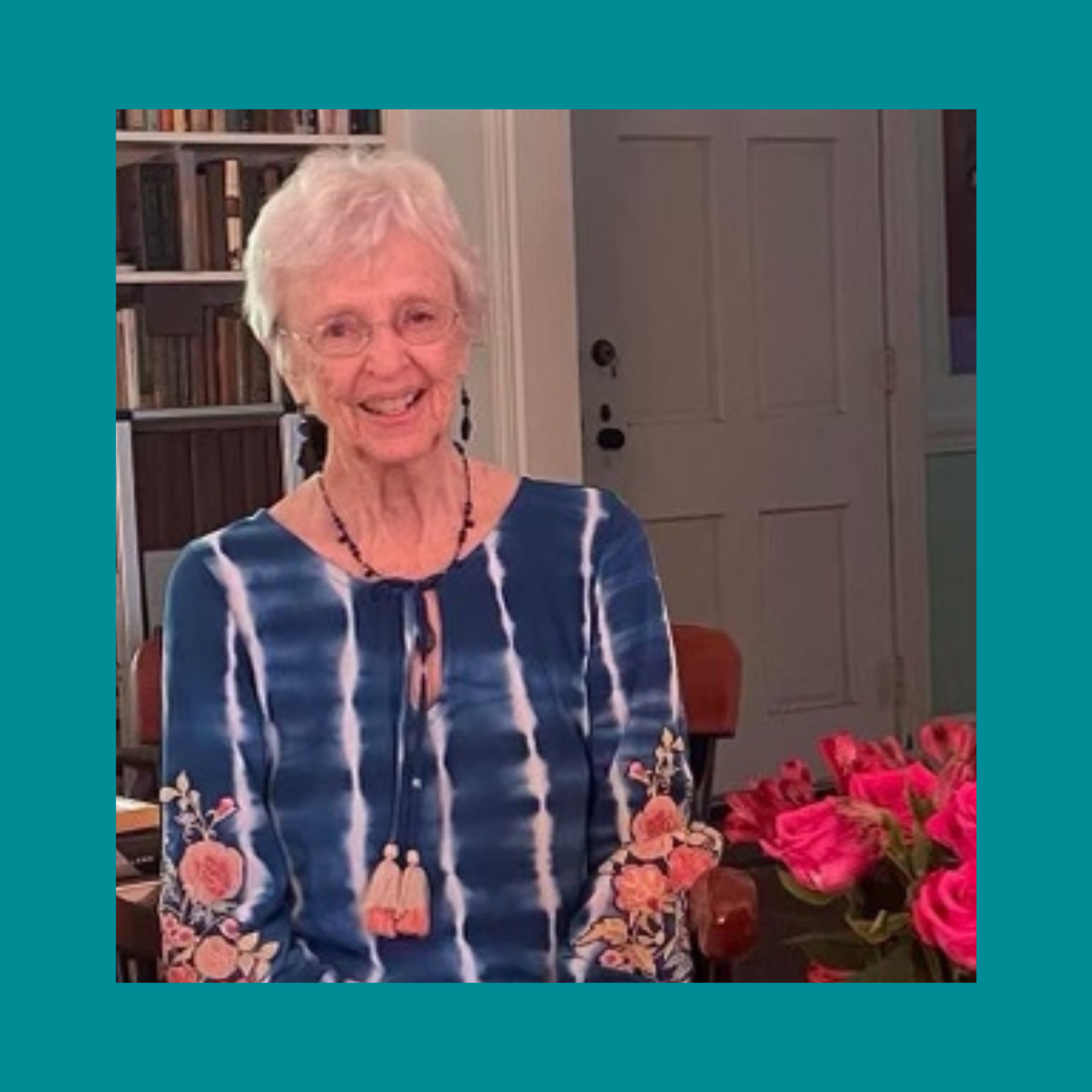 When she was 68 years old, Elsa Grieder retired from her first career as a nursery school teacher. On that last day, she arrived at school bearing happy tears, a big bouquet of flowers, and a declaration: “Here’s to new beginnings.”

A few hours later, she drove to HopeHealth’s offices to interview for our hospice volunteer program.

“I never looked back,” she says. “Hospice has been such a satisfying second career.”

Elsa is now 90 years old. Last month, she retired again — this time, after 22 years as a HopeHealth volunteer.

But the difference she’s made for patients, families and this organization is far from over.

A companion for those left behind

Elsa’s instinct for hospice volunteering began in high school, in the tiny town of Wilton, Wisconsin. When a neighborhood family lost their 4-year-old daughter in a drowning accident, Elsa and her father walked down the block to give their condolences.

Elsa remembers how the child’s father struggled to dry his tears and put on a brave face.

“Even as a high schooler, I wanted to take him in my arms and say, ‘Cry, cry, you lost your beloved daughter, cry,’” she says. “It stayed in my mind. That the bereaved absolutely have a right to cry. I just believed right away in help for those who are dying, and for those who are left behind.”

As a volunteer for HopeHealth’s Grief Support Services, she became that source of support. In addition to virtual support groups that are open to anyone in the community, HopeHealth provides one-on-one counseling to individuals who have lost a loved one on HopeHealth’s hospice services.

One widow shared that Elsa was the only person she felt comfortable crying in front of. Another needed Elsa’s reassurance that it was okay to hold onto her late husband’s favorite shirt, and someone to laugh with her about the time she poured a pitcher of milk over his head.

After almost a year of weekly visits, that widow took Elsa’s face in her hands and said, “You will never know how much you helped me.”

“I thought, ‘This is what life is about,’” remembers Elsa. “To make a difference in someone’s life.”

> Related: Where to put your love when you’ve lost someone special

A partner for life stories

When Elsa was in college and looking to expand her social circle, she got on top of a lab table to sing and dance out an invitation to her new coffee club.

In other words, she has never been shy about making friends.

She’s put that quality to use interviewing hospice patients, then recording their life stories as a written legacy for their families to keep. For years, she led workshops training other HopeHealth volunteers to do the same.

As a result, she’s heard some astonishing stories: Patients’ romances and heartbreaks. Travels all around the world. The woman who almost never felt afraid, even when her car went off a cliff with her in it. Everyday acts of courage. Funny stories. Tender moments.

“I enjoy striking it rich, asking a question that they really want to talk about,” says Elsa.

These stories are always met with gratitude from families, often earning a spot of honor at their loved one’s memorial.

They’re also a chance for patients who are at the end of life to reflect on their life’s meaning — and, with Elsa’s help, gain new perspective.

One woman started with an apology that she wouldn’t have much for Elsa to write about. But eventually, she opened up about immigrating to the U.S. as a child. She didn’t know a word of English.

Elsa was fascinated. She herself lived in Taiwan for two years, and Japan for one. She knows the feeling of not being able to communicate.

“I said to this woman, ‘I have to hand it to you, that takes some guts,’” Elsa remembers. “She thought a minute. She had never given herself any credit for that.”

By the time they were done, the woman shared what the process had meant to her.

“She said, ‘I cannot thank you enough.’ Her whole value of herself went way up,” says Elsa. “It made her realize, ‘Hey, I guess I really did accomplish things in life.’”

> Related: “Dear Veteran”: A letter-writing campaign reaches veterans at the end of life

These hours of conversations, and sometimes simple companionship, have meant everything to Elsa too.

“I’m forever grateful that I had these 22 years of hospice volunteering. I’ve had the most beautiful relationships. I was always learning from people,” she says. “It was a privilege to be part of an organization where everyone you meet is a compassionate, caring, kind human being. My life has been enriched beyond words.”

Over the years, Elsa has interviewed many hospice patients about their life lessons and life goals. As she retires from her second career as a hospice volunteer, she’s been reflecting on those same things.

“I’ve learned that it is such a blessing to give to others,” she says. “I wanted to leave a positive imprint on the world. I hope I have.”